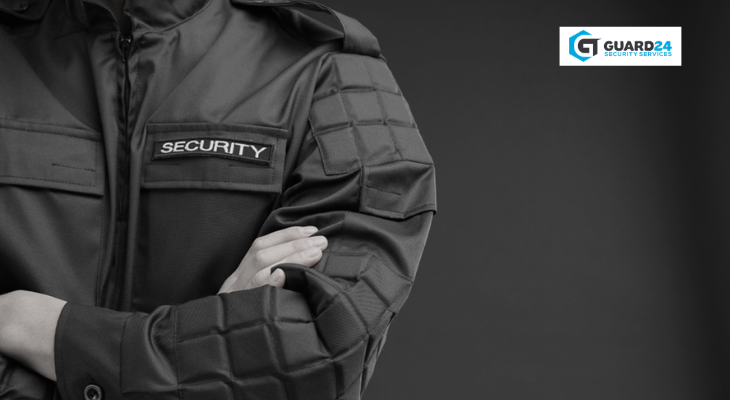 Choosing the right security guard for the right place is the best decision one can make. Our hyperconnected life and media have influenced the way we think. Similarly, the security industry is no exception. There are a lot of misperceptions about security guards. As we often ignore what services they actually provide. A bunch of them are discussed below.

Most people think that only men can wear a security guard uniform. A few people assume a security guard as a person with a brooding face. In fact, many people feel that the guards are not meant to behave well with people. In particular, our TV shows a pure imagination that has etched such myths.

Security guards play a crucial role to make sure the safety of the people and their assets. So, we decided to restrict a few common misperceptions about security guards. Here, we discuss some common myths.

1. Security guards are only men

In fact, it is a male-dominated industry. But that does not mean there is no lady around here. 23% of the professionals in the security industry are ladies, according to a study by the U.S department of labor. Also, the demand for a lady security guard is rising in the U.S. In fact, a female security guard makes people feel comfortable. Thus, most security firms hire them to bring a new way to deal with their setup.

2. Security guards are lazy and sluggish

3. Security guards are not trained

A lot of people think that security guards are sheer wastage of time and funds. Also, these people are white elephants for business owners and landlords. This idea is in sharp contradiction with reality. Hence, maybe this is valid for fake security companies. But for most companies, this is not the truth.

4. It is too expensive to hire security guards

One of the major misperceptions about security guards is that only wealthy people or big organizations with money hire security guards. This misperception has been promoted even more by the movies. As they show wealthy industrialists walking around with two guards behind them. In fact, these guards are not too costly to hire and quite affordable. So, the loss will be shoplifting, employee theft, and disturbance at the workplace.

5. Security guards can deal with only one problem

In fact, they peacefully deal with various business matters. They only need to use their weapons in dangerous conditions. All this happens just for the safety of all industries.

Finally, security guards play an essential role in the safety of people and their assets. Their work is critical and requires a wide range of qualities. I hope that the above reading will help you out to limit some common misperceptions about security guards. So, it will also help you with the betterment of your industrial security.

With highly trained guards and the latest equipment, Guard 24 Security Services is Edmonton’s leading security guard company. We have served maximum clients in the area. We are achievers and always strive for excellence. Our tradition of honesty and devotion have made us an authoritative security firm in the area. So, if you plan to hire the right security guard for any purpose, Guard 24 is the best choice. Our guards are trained, active, and vigilant. Evaluation of the Construction Site Risks Before the Project Business Gets by Availing the Night Security Guard Services